Our next lovely image comes from a long time friend of mine, LA-Fairy. As her name implies, she enjoys drawing fairies. Before I begin I must say that her art has made a great improvement over the years. Here’s the before and after:

First off, you are thinking linearly instead of in terms of light and shadow. There is no clear light source and there seems to be conflicting shadow areas in the face versus the rest of the body. So I decided to go with the body shading and take it from there. That means there is a lovely primary light source to her upper right, our left. Light source is very important because it determines how the form will be rendered. Be sure to have a clear light side and a clear dark side with consistent values on either side.

One other thing, the first thing I noticed when I saw this image was that the contrast was very very low. If you put a layer of black turned to saturation mode you will see very quickly that your figure is hard to distinguish from the background.

With that in mind, I separated her from her background onto her own layer and popped the contrast immediately on both layers. Contrast is very important. It helps guide the eye to know what to look at and to better understand what is being seen.

The finished contrast difference is just to the right.

Taking what you already did in the legs, I fleshed out the forms more to show roundness while thinking about core shadow. Core shadow will be perpendicular to the light source and in this case ought to hit about halfway in her thigh and legs with variations based on the volume and roundness. From there I added some cast shadows hitting her thighs. I altered her shoulders and chest to make them more painterly instead of fully outlined. This gives the illusion of depth and will make your work more realistic. From there I changed the hair to include a clear light and shadow side instead of just strings of light and dark. I also added some large chunks fanning outward from her face as that is what would happen if she were really flying around. Also, as I played with the light source I could soon see that the shadow was in the wrong place. The shadow will be at the same angle as the light source. In this case, it is slanting in from the left so the shadow needed to be moved to the right.

I did alter some proportions as I went along. Mainly, the shoulders were a little out of place and the hands and fingers were too small. I didn’t bother with reference so you may want to find some or if you do have some, think about proportion and size in relation to the rest of the figure to really get those areas down. Lastly I added some soft green rim lighting to define the form on the other side of her. One thing I did not play with much was the background. You will want to spend more time thinking about how it relates to the figure. You’ll notice I did crop the image as there was too much empty space and the composition was getting a bit boring. Perhaps in the future you may think about having a more dynamic pose. Studying line of action may be of help.

Overall, I think you just need to think about light source and contrast. I would also think about the purpose of each image you create. Is it meant to be on the front of a greeting card? Should there be more of a background? Or is it a quick character concept? These are things that will change how the work evolves and what should be included.

While doing this critique I realized that in the future I will want to live stream these so I can explain exactly why I am doing what I am doing when I paint over them. I think it will be a great resource to everyone who wants to know why I make these changes.

Our next image comes from Chris.

As this image is coming from a beginner, as he called himself, I will keep my critic simplified. What I do see are some large blocks of color which is good for starting out. It looks to me like you used some sort of photo for reference. This can be okay to do from time to time but I have found that in the beginning stages of learning art, drawing from life helps you to see shapes 3 dimensionally. This allows you to understand the correlation between spacial planes to a higher degree than drawing from a 2 dimensional photograph where you have only one flat view of the object/subject matter. Also, starting by drawing cones, blocks, and eggs are a great way to focus on learning how to render value without worrying about complex shapes typically found in the face and figure. This is what I recommend for most beginners. Once you have mastered that, drawing portraits would work the same way. Basically, you would want to think in terms of light and shadow and not in terms of drawing the eye, the nose, and the lips. What I mean is, instead of drawing element by element, draw the general blocked in shapes of light and shadow. Turning your image upside down will also help you see these relationships without thinking about your predetermined notions of what an eye or a nose should look like. As this particular piece is in the early stages, and I don’t have the reference you used to look off of, I think a paint-over may not be helpful. I will however recommend that you show some sort of a light source as this will help you give some depth to your work. As it is, the large blocks of color don’t have enough range of value and look a bit flat. For a beginner however, the proportions look to be in about the right place. If you can do this freehand, you will have a far greater advantage than if you trace, so try to do it freehand whenever you can. It will keep your skills sharp. ;) 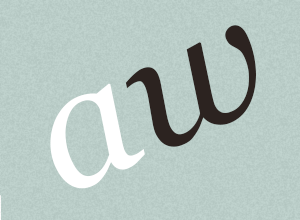 open all | close all

open all | close all